The principle of charlieplexing is based on POV (Persistance Of Vision). This phenomenon tricks your mind into thinking that an image is present longer than it actually is. The jargon talkes about an afterimage which is present for 1/25th of a second on your retina. So even if the image is not actually there your eye tricks you into believing it is. It is the retina that performs this function and not your brain. In charlieplexing you use two particular IO lines to switch on or off either of two LEDs. One IO line is set to zero the other to one and the LED can light up if it is of the right polarity. If the IO line is set to input then the LED’s connected to that line are switched off. This way you can switch on or off each led in the circuit by one after the other setting the IO lines correctly. POV then creates the illusion that a particular led is actually on all the time eventhough it is actually flickering on and off.

So how does that work in practise in a larger setup such as the 4 x 4 x 4 cube. Well actually no different except that there are now more LED’s to switch.
This was already solved byAsher Glick in a very economical design he called charliecube. All software etc is available from his site.
I designed a PCB which takes out some of the wiring. You still need to make the 16 spires and there is no easy way to do that. 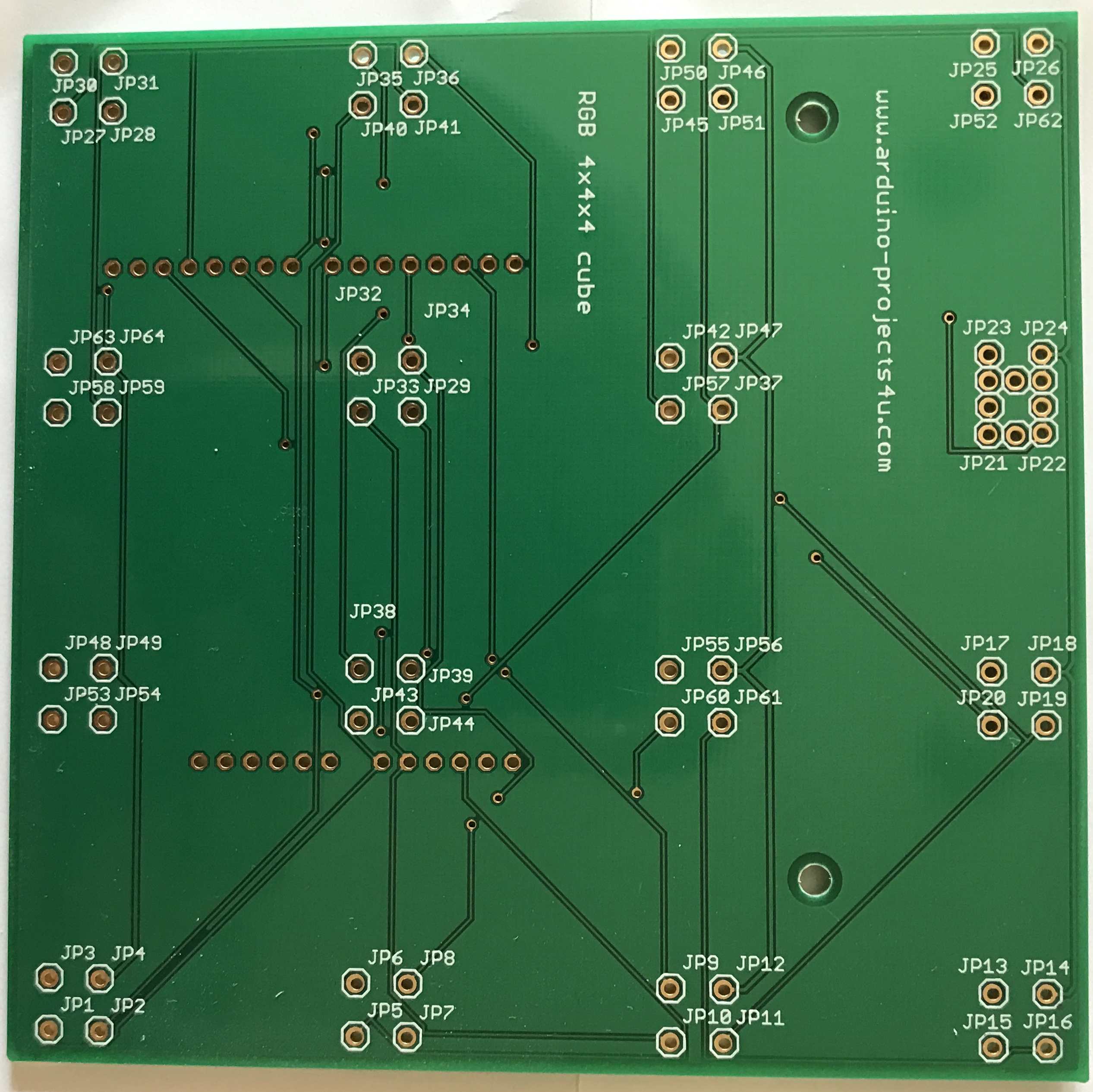 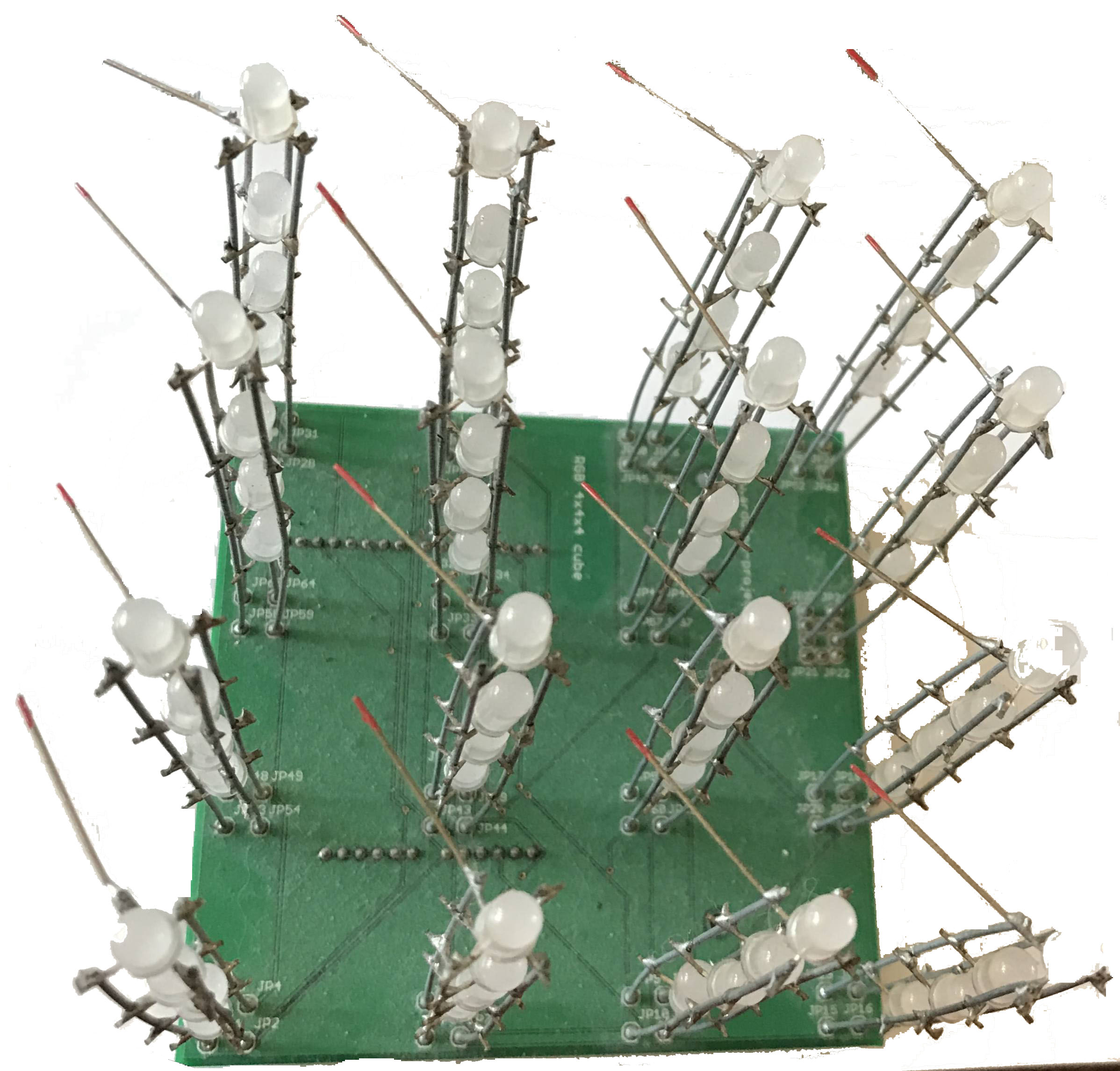 You can order the PCB only from my shop here. 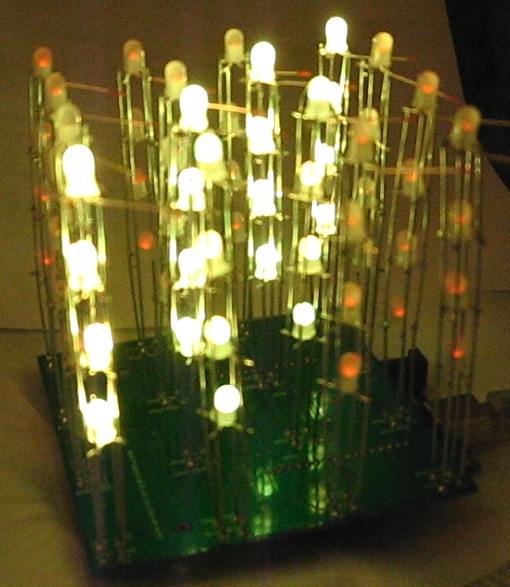 Click on the picture above to download a short video showing this design working.
http://aglick.com/charliecube.html
http://uzimonkey.blogspot.nl/2009/01/charlieplexing-on-arduino.html
http://en.wikipedia.org/wiki/Charlieplexing